King George has lost the plot! In his never-ending quest to build bigger palaces, giant walls and enormous statues of himself he has raised the Land Far Far Away tax rate to 101%! Jack and Jill can’t afford to get a pail of water, Little-Bo-Peep has to sell her sheep, and even the Princess is so hungry she ate the pea.

When even the bravest of Knights are too scared to stand up to him, the Land Far Far Away cries out for a hero to put a stop to the madness of the King.

Luckily their cries are heard by a mysterious red hooded figure with a bow and arrow, a basket of goodies and some very unlikely ‘Big Bad’ backup.

Attached are some photos of the Play the students attended. 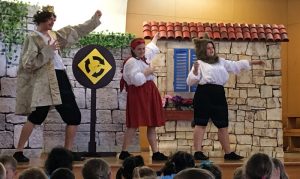 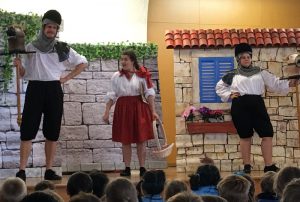 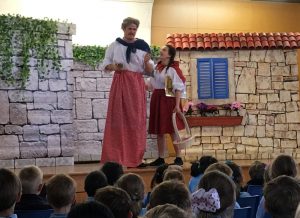 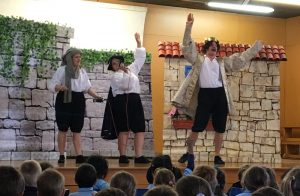